Traditional Seaside Fun for All the Family!

The ever popular, fab four from Herne Bay were inspired by the energy of Brit-pop and formed during the spring of 94. The Lost Weekend hit the ground running, skillfully reproducing classics from the Jam, Small Faces, the Kinks and the Beatles, closely followed with new songs of the time by the likes of Oasis, […]

Rubber Biscuit is an 11 piece band including four singers supported by a seven piece band with full horn section, which makes for the unmistakable sound and presence that is Rubber Biscuit, live music as it should be. From sell out evenings at the Marlowe Theatre, including the inaugural opening night after a multi million […]

Meet ‘The Jivettes’ an all singing, all dancing, fabulous, retro trio.Make sure your quiffs are high and your spirits higher as we sing and swing you back in time to the 1950s. The era of the jukebox, Cadillac cars, drive in movies and of course… Rock n Roll!Comprised of 3 gorgeous girls from the world […]

Since breaking onto the international music scene in 2005 Michael Bublé has topped the charts in the UK, the US and across Europe selling over75 million records worldwide. His modern twist on the every-popular swing genre, coupled with his suave and polished performances has seen him winning countless awards and he is still thrilling packed […] 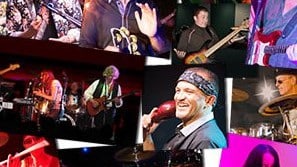 The Dial are a five/six piece party band playing live music at parties, weddings and corporate events across the south of England.Showcasing classic rock, soul and dance hits, our set features many songs not performed by other party bands, music by artists such as Fleetwood Mac, 10CC, SantanaWe are all experienced and polished musicians.Fronting our […]

All details to be confirmed. Watch this space.

Could you spare a little time?

We’re currently seeking volunteers to join our maintenance and event marshalling teams.  If you could help in any way, please drop an email to [email protected]

We’d love to hear from you!